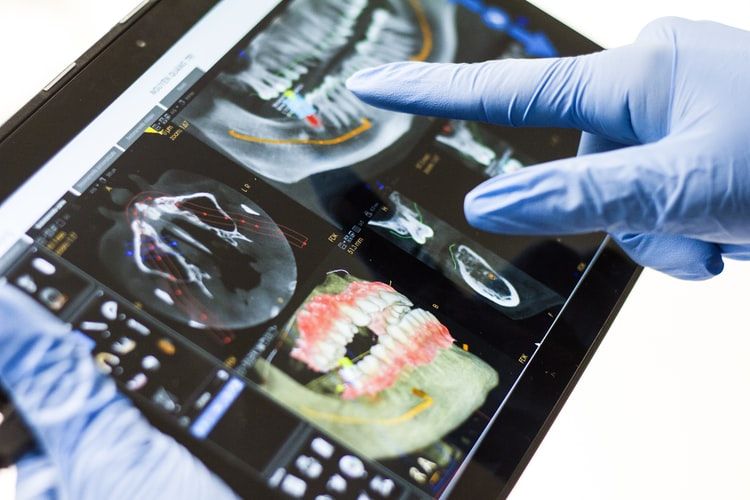 Inflammation of the pulp is defined by the symptoms such as pain and severe sensitivity to heat or cold. The pulp can also be sensitive if it is only irritated by a deep caries that has not yet affected it. Your dentist can assess the condition of the tooth and if the pulp is affected, treatment of the tooth canal is required. Before starting, it is advisable to have an X-ray of the teeth so that we can assess the condition of the teeth and the appearance of the canal. Endodontic procedure consists of opening the pulp chamber and removing the contents from it (so-called nerve extraction), cleaning and filling the root canals.

Modern machine endodontics practically cancels the later possibility of inflammation, in which case we are talking about 100% tooth healing. An endodontically well-treated tooth can serve for many more years and be subsequently used as a bridge or crown support.

How does inflammation of the dental nerve occur?

If a tooth affected by caries is not treated in time, caries bacteria and their products destroy the hard tooth tissue and find their way into the space of the dental nerve (pulp), which results in pulpitis – inflammation. When caries finds its way to the dental nerve, an inflammatory reaction occurs, followed by sensitivity to hot and cold stimuli, then spontaneous unpleasant pains and even swelling of the face near the affected tooth. Swelling is the body’s reaction to bacteria that have passed through the tooth and exited into the bone and soft tissues of the face. In addition to endodontic surgery, this condition is also treated with antibiotics. If the inflammation is not so strong, violent and rapid, a chronic process occurs, a granuloma that represents an attempt by the body to establish balance and curb the inflammation to a limited area of ​​the root tip. Granuloma can be unrecognized for a long time, without symptoms, until the relationship between the body’s defenses and the attacker – bacteria – is disturbed; then the inflammation spreads, the tooth starts to hurt, the face swells, etc.

There are two options for performing endodontics

The first option is to open the pulp chamber and put a means that will numb the nerve after a few days. Another option is to remove (with anesthesia!) The pulp the same day without a numbing agent.

After cleaning the canals by manual or machine techniques, the canals are filled with a replacement substance that prevents bacteria from entering the tooth and creating a new infection. After the therapy, a control X-ray was taken. If everything is in order, you can start making a new filling (filling) or crown, depending on the condition of the tooth. 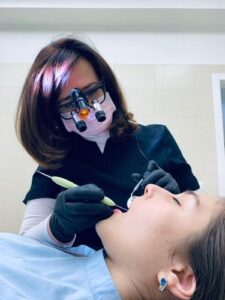 Pain during and after endodontics

Pain after application of a numbing agent (“drug applied”) – in order to numb the nerve, a paraformaldehyde preparation is applied to the nerve surface. The most commonly used preparations also contain an anesthetic, however, due to the process of nerve death, an unpleasant pain is felt, which usually stops after 1-2 days. Then the therapy of choice is to take an analgesic orally to relieve the pain, but if it intensifies it is necessary to contact a dentist.

Pain after endodontics – endodontic surgery is one of the most demanding procedures in dentistry and recovery from inflammation is sometimes longer than expected. In a number of cases, the pain occurs after the endodontic procedure is completed, mostly as a reaction of the tissue to the filling. The pain is relieved with analgesics and stops after a few days.

Other reasons for the pain are as follows: